You Have Entered The Twilight Zone Of Taxation

Rod Serling, creator of the classic science-fiction TV series, "The Twilight Zone," could not have come up with a stranger tax structure. You have entered a five-dimensional tax zone, a tax labyrinth so strange it almost seems like science fiction.

There’s more to the federal income tax system than just a single calculation. In fact, upper-income taxpayers--especially those generating income from investments—actually must cope with five “dimensions” of taxation: (1) ordinary income tax; (2) capital gains and losses; (3) the alternative minimum tax; (4) the net investment income tax; and (5) a reduction of itemized deductions and personal exemptions. Here’s a quick rundown: 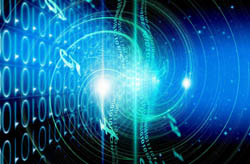 1. Ordinary income tax. This is the standard tax calculation we’re all familiar with. The income you earn generally is taxed under a graduated rate structure with seven tax brackets: 10%; 15%; 25%; 28%; 33%; 35%; and 39.6%. If you’re in the top tax bracket, any extra income you earn is taxed at the 39.6% rate. Tax deductions and credits can be used to offset your tax liability based on these ordinary income rates, but certain special rules may apply (see #5).

Furthermore, under the “kiddie tax,” if investment income of a dependent child exceeds an annual threshold ($2,100 in 2015), the excess generally is taxed at the top tax rate of the parents. This can hike the overall family tax bill.

2. Capital gains and losses. The tax law provides separate tax treatment for capital assets such as securities and real estate. Generally, gains and losses from capital assets are used to offset each other. Long-term gains from assets held longer than a year qualify for a maximum 15% tax rate, but the rate increases to 20% for those in the top two ordinary income tax brackets. Qualified dividends also benefit from these preferential tax rates.

In addition, you can use excess capital losses to offset up to $3,000 of ordinary income, and you can carry additional losses over to next year. With that in mind, “harvesting” losses is a common year-end tax strategy.


3. Alternative minimum tax. The alternative minimum tax (AMT) runs on a track parallel to ordinary income tax. This complex calculation involves certain additions and adjustments before subtracting an exemption amount based on your tax filing status. However, the exemption is reduced for high-income earners. There are just two tax brackets—26% and 28%—for taxpayers with AMT liability.

At tax return time, you compare your ordinary income tax result to the AMT result and effectively pay the higher of the two. This “alternative” tax often catches unwary taxpayers by surprise.


4. Net investment income tax. The “net investment income” (NII) tax is a new wrinkle that taxpayers have to deal with for the 2013 tax year and beyond. You must pay a 3.8% Medicare surtax on the lesser of your NII or your modified adjusted gross income (MAGI) above an annual threshold—$200,000 for single filers and $250,000 for joint filers. For this purpose, NII is defined to include interest, dividends, capital gains, rents, royalties, nonqualified annuities, income from passive activities, and income from the trading of financial instruments or commodities. But some items, including wages, self-employment income, Social Security benefits, tax-exempt interest, operating income from a non-passive business, and distributions from IRA and qualified retirement plans, are excluded from the definition. 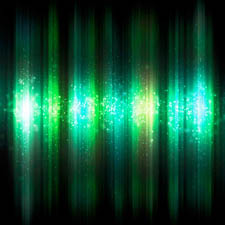 The NII tax is an add-on to the ordinary income tax calculation. Thus, your combined top tax rate can be as high as 43.4%!


5. Reduction of itemized deductions and personal exemptions. Two tax law provisions that were reinstated in 2013 may affect upper-income taxpayers adversely. Under the “Pease rule” (named for the congressman who originated it), certain itemized deductions, including those for charitable donations, state income tax, and mortgage interest, are reduced if your adjusted gross income (AGI) exceeds an annual threshold. For 2016, the threshold is $259,400 of AGI for single filers and $311,300 for joint filers. The total of your itemized deductions covered by the Pease rule is reduced by 3% of the amount above the AGI threshold, but not by more than 80% overall.

A similar rule phases out the tax benefit of personal exemptions. Under the personal exemption phaseout (PEP) rule, exemptions are reduced by 2% for each $2,500 (or portion thereof) of your AGI that exceeds an annual threshold. The PEP thresholds are the same as those for the Pease rule.


Beyond these five, a sixth dimension exists for most taxpayers—state income taxes.