It's Tough To Decide If You Should Retire Early

Whatever you do for a living, and whether you’re an employee, work for yourself, or own a small business, one of the toughest decisions you’ll ever face is when to retire. A number of factors will be at play in your decision-making process, including your age, your health, your retirement and insurance benefits, the cost of living where you live, the income-producing investments you may have, and your overall savings. But perhaps the biggest question underlying all of the others is whether you will be able to afford the kind of lifestyle you want after you are retired.


A journalist who opened a business-writing service in St. Petersburg, Florida, at age 50 and retired at age 60 offers his opinion on retiring early, or before retirement benefits and Social Security payments kick in.


“I don’t regret retiring at age 60 because I simply burned out from working too much,” he says, adding that as a small business owner he worked 60 to 80 hours a week, six and seven days a week, and was able to take only a single, one-week vacation during the decade that he operated the business. 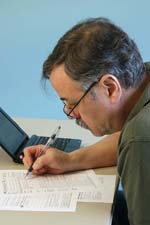 “I enjoyed working for myself, being the boss, and making all of my own business decisions,” he says. “I was lucky in that I was able to write business-related articles for two of the top national publishers of business and trade magazines. It took a lot of research and study, but I was able to break the Florida business community into five segments, identify the trade magazines that covered each segment, and develop a business model to provide coverage for each of the magazines.”


He points out that he never qualified for pension benefits at any of the four metro daily newspapers where he worked. “I made a comfortable living working for myself, but I was not what would be considered wealthy by any definition,” he says. “Comfortable, but not wealthy.”


“I did two things—faithfully—that helped me retire two years before I got early Social Security benefits at age 62: First, I found a good, trustworthy attorney and, second, I hired an accountant. I never made a major business-related decision without consulting one or both of them. The accountant encouraged me to begin an IRA retirement fund. That was a lifesaver, especially since I had no other source of retirement income.


“The attorney saved me a lot of money when I decided to purchase a newsstand located next door to my business-writing office in downtown St. Petersburg. The owner of the newsstand told me that I didn’t ‘need to go to the expense of hiring an attorney’ to handle the transfer of ownership of the newsstand from him to me. ‘We can just use one of those standard bill-of-sale forms,’ he said.


“Well, the title search ordered by my attorney turned up a lien against the newsstand that the previous owner hadn’t told me about. It was for several thousand dollars. The lien was taken out of the previous owner’s proceeds from the sale.


“Some people may feel that I retired without proper financial planning, and that may be true. One thing that I did do, however, was sell high and buy low in the real estate market, and this provided me with a comfortable nest egg to fall back on. I had eliminated all of my debt, except for car and house payments, and gotten on a cash basis before I retired. 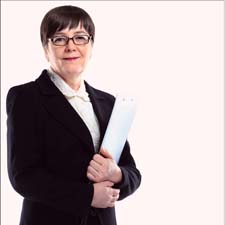 “I used a large part of the nest egg to pay cash for a residence in a 55-plus community a few miles north of St. Petersburg and to buy a new economy car. I never have been extravagant and live, with my wife, on a strict budget. We have no debt now.”


He added that he sold his writing business and newsstand when he retired and put the sale proceeds into his retirement nest egg.


“I would like to add a word of caution to those who may be reading this and thinking about retiring,” he says. “I can’t say that I retired too early, because I’m living and enjoying my longtime retirement, but when to voluntarily retire is an individual decision and should not be made lightly.


“One thing is certain: the future is uncertain. What’s happening today may or may not be an indicator of what’s going to happen in the future. But I can tell you this: growing old is bad for your health. When I retired at 60 my only health problem was sleep apnea. I since have developed high blood pressure, heart disease, and diabetes. I’ve had a heart attack and four angioplasties. I have 6 stents in my heart. But I’m now 82 and still kicking.


“Now that I’m older, and hopefully wiser, I would do ONE thing differently: I would hire a financial advisor before retiring!”