Spelling Out Rules For DINGs, WINGs, And NINGs


Under the American Taxpayer Relief Act of 2012 (ATRA), the top federal income tax rate increased from 35% to 39.6%, and ATRA also raised the maximum tax rate on long-term capital gains and qualified dividends from 15% to 20% for investors in the regular 39.6% tax bracket. Those higher tax rates also apply to trusts that generate income above a relatively low dollar threshold.

There’s now also a 3.8% surtax that applies to the lesser of your “net investment income” (NII) or the amount by which your modified adjusted gross income (MAGI) exceeds $200,000 for single filers and $250,000 for joint filers. The surtax also affects trusts with income above the top dollar threshold.


When you add the 3.8% surtax onto the top 39.6% rate, you could find yourself paying a tax rate of 43.4% on a portion of your income, and that’s before you add in state income taxes. Overall, your top tax rate could exceed 50%. 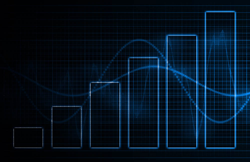 But a few states have no state income tax, a fact that has led to the creation of “self-settled” trusts designed to take advantage of those tax havens. Such trusts are structured so that the settlor or grantor (the person creating the trust) and its beneficiary are one and the same, but they avoid being designated grantor trusts whose income would be taxed to grantors at the state income tax rates of the state in which they reside.


Instead, the trust can be funded with contributions that aren’t considered taxable gifts for federal gift tax purposes while the grantor retains the right to receive discretionary distributions of trust income and principal. Because the accumulating income isn’t subject to state income tax, the self-settled trust has become a popular way to minimize tax on income from sales of business interests and other large capital assets.


Here’s where the different trust variations come into play:


DINGs. Widely known as a state with favorable tax laws, Delaware took the lead in this area and has marketed itself actively as a state conducive to self-settled trusts. However, a 2012 private letter ruling from the IRS has had a chilling effect on the use of DINGs (Chief Counsel Advisory 201208026). Specifically, the ruling concluded that retaining a testamentary power of attorney (POA) makes a transfer in trust incomplete with respect to the remainder interest, but not as to the lead income interest. Since then, DINGs have remained under a cloud.

WINGs. Wyoming is one of only two states whose prevailing laws allow a settlor to retain an “inter vivos” (lifetime ) power over such trusts, giving trusts in this state the chance to, pardon the pun, spread their wings. However, Wyoming has not yet marketed itself as a jurisdiction conducive to using self-settled trusts for this purpose.

NINGs. Nevada is the only other no-tax state with a statute allowing a settlor to retain an inter vivos POA that would meet the requirements without exposing the trust assets to claims of creditors. Unlike Wyoming, Nevada seems willing to embrace the possibility of the NING being the logical successor to the DING.

Even more important, the IRS has granted its stamp of approval to NINGs in a private letter ruling issued in 2013 (PLRS 20131002). Technically, such a ruling applies only to the party requesting it, but the outcome is expected to open the doors wider to residents of high-tax states seeking protection in a no-tax state.


Note: Other states, including Alaska and South Dakota, have amended their laws to enable such trusts.


All three of these alternatives—DINGs, WINGS, and NINGs—are complex arrangements requiring professional assistance. Don’t attempt to create one of these trusts on your own. We can provide the direction needed for your situation.