The Bypass Trust: Not Pronounced Dead Quite Yet

To paraphrase Mark Twain, reports of the death of the bypass trust are greatly exaggerated.


The bypass trust, also often referred to as a “credit shelter trust,” has long been a popular estate-planning vehicle. As the name implies, this type of trust is established so funds bypass your spouse’s estate on their way to your children. Because the trust effectively can use the full estate tax exemption for each spouse, it enables a married couple to transfer millions without paying a dime in federal estate taxes.

Typically, to create a bypass trust, each spouse might include a provision in his or her will that sets up a trust for the surviving spouse’s benefit, and is funded with the equivalent of the deceased spouse’s unified credit exemption amount (up to $5.49 million in 2017). Then, when the surviving spouse dies, the remaining assets go to the kids. If the trust is structured properly, this arrangement may avoid estate tax by utilizing the estate tax exemptions of both spouses. 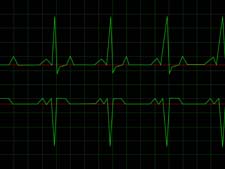 A recent tax law dramatically changes the landscape but the bypass trust remains viable. Under the American Taxpayer Relief Act of 2012 (ATRA), several generous estate and gift tax provisions are extended permanently, with a few modifications. Among those are provisions that may seem to signal the demise of the bypass trust, but that’s not necessarily the case.

After the estate tax exemption was increased gradually from $1 million in 2001 to $3.5 million in 2009—while the top estate tax rate decreased from 55% to 45% —the estate tax was completely repealed for one year, in 2010. The 2010 Tax Relief Act reinstated the estate tax in 2011 with an exemption of $5 million (indexed for inflation) and a top rate of 35% for two years, through 2012. Significantly, the 2010 act also allowed “portability” of exemptions, with any portion of an exemption not used by the first spouse to die to become available to the surviving spouse’s estate. But these estate tax provisions were scheduled to expire after 2012, leaving the future of portability in doubt.

Beginning in 2013, ATRA permanently extended portability of federal estate exemptions between spouses while setting the individual exemption at $5 million (indexed to $5.49 million for 2017). In other words, a couple now can transfer close to $11 million to their heirs without estate taxes, no matter when they die or how they split up their assets. Do these changes make the bypass trust obsolete? Though the new rules change the tax landscape, there are still at least five good reasons why you might use such a trust:

1. State inheritance taxes. Remember that federal estate taxes are only part of the story. You still may have to contend with state estate taxes if you’re leaving a substantial amount of assets to your heirs. For instance, if you reside in a state that has “decoupled” from the federal estate tax—setting its own rules that don’t necessarily align with federal laws—a bypass trust might help your heirs avoid or minimize state taxes.

2. Medicaid eligibility. Rules for qualifying for Medicaid—often, to pay for long-term care at a nursing home—consider personal assets. But assets that are transferred to a trust generally don’t count for establishing Medicaid eligibility (though there is a five-year “look-back” rule that affects such transfers).

3. Extra-large estates. If a couple’s total assets exceed the amount of their combined exemptions ($10.98 million in 2017), their heirs will owe federal estate taxes. However, if funds are transferred to a bypass trust, any appreciation in the value of assets in the estate of the first spouse to die won’t be taxed.

4. Generation-skipping tax. A special generation-skipping tax (GST) is imposed on most transfers from grandparents to grandchildren (such transfers “skip” a generation). Although your estate benefits from a personal GST exemption equivalent to the federal estate tax exemption, there’s no portability of GST exemptions. So the old benefits of a bypass trust still apply for reducing a couple’s exposure to the GST.

5. Spendthrift concerns. A trust may be preferable to giving funds outright to children who might squander them. Consider the non-tax benefits of using a bypass trust to bequeath assets to other family members.