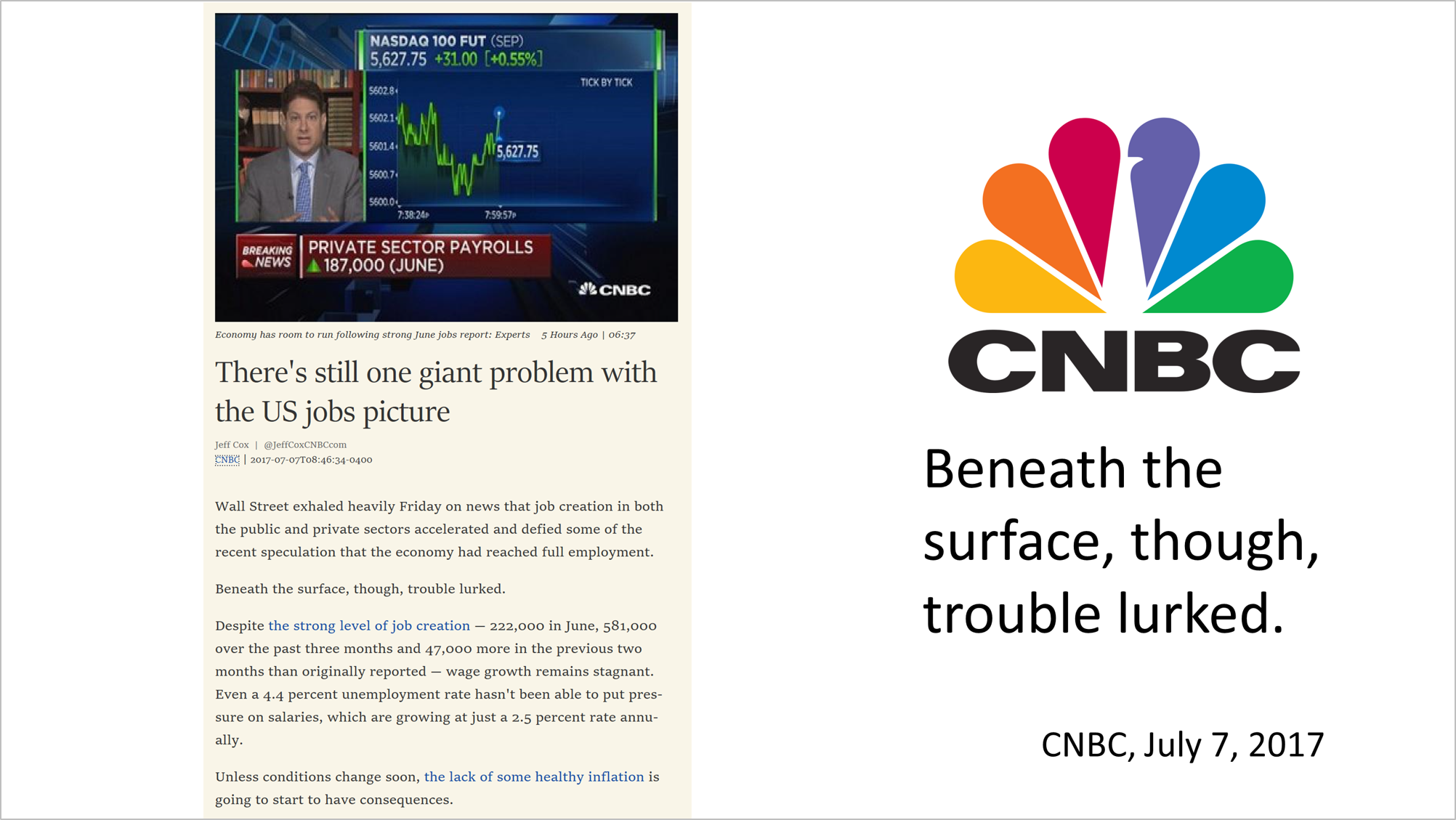 CNBC, the nation's No. 1-rated TV financial channel, reported that the news on jobs was good but ominously added, "Beneath the surface, though, trouble lurked."

"The economy added 222,000 in June but wage growth remains muted at just 2.5% annually," according to CNBC. "Even a 4.4% unemployment rate hasn't been able to put pressure on salaries, which are growing at just a 2.5% rate annually."

Trouble is, those figures are not real. 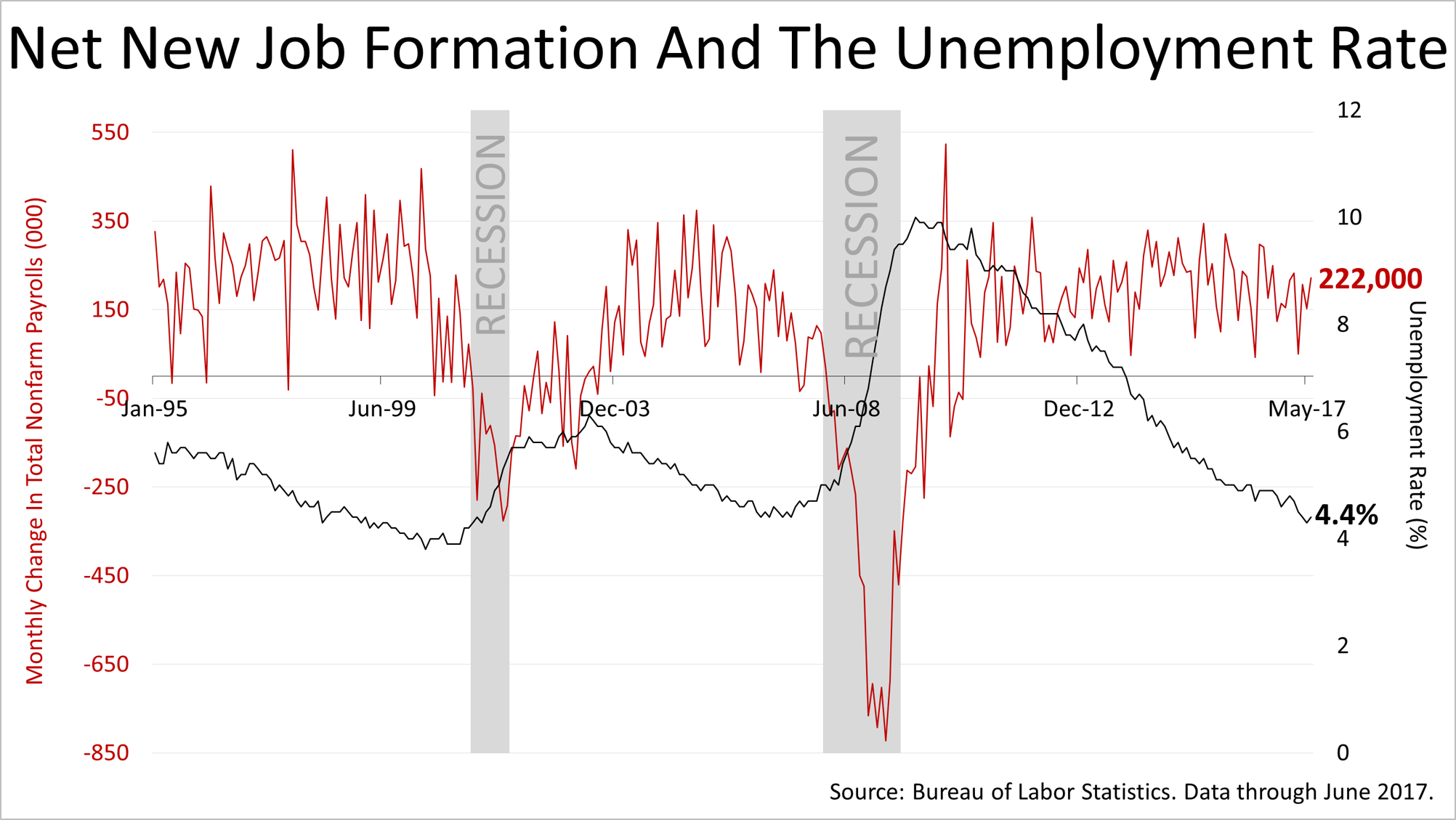 The U.S. economy created 222,000 new jobs in June - 25% more than expected, and the unemployment rate was 4.4%, according to data released Friday by the U.S. Bureau of Labor Statistics.

While the jobs recovery is one of the longest on record and the employment rate has not been so low in about 15 years, major financial news outlets found a way to dampen enthusiasm about the good news by covering it inaccurately. 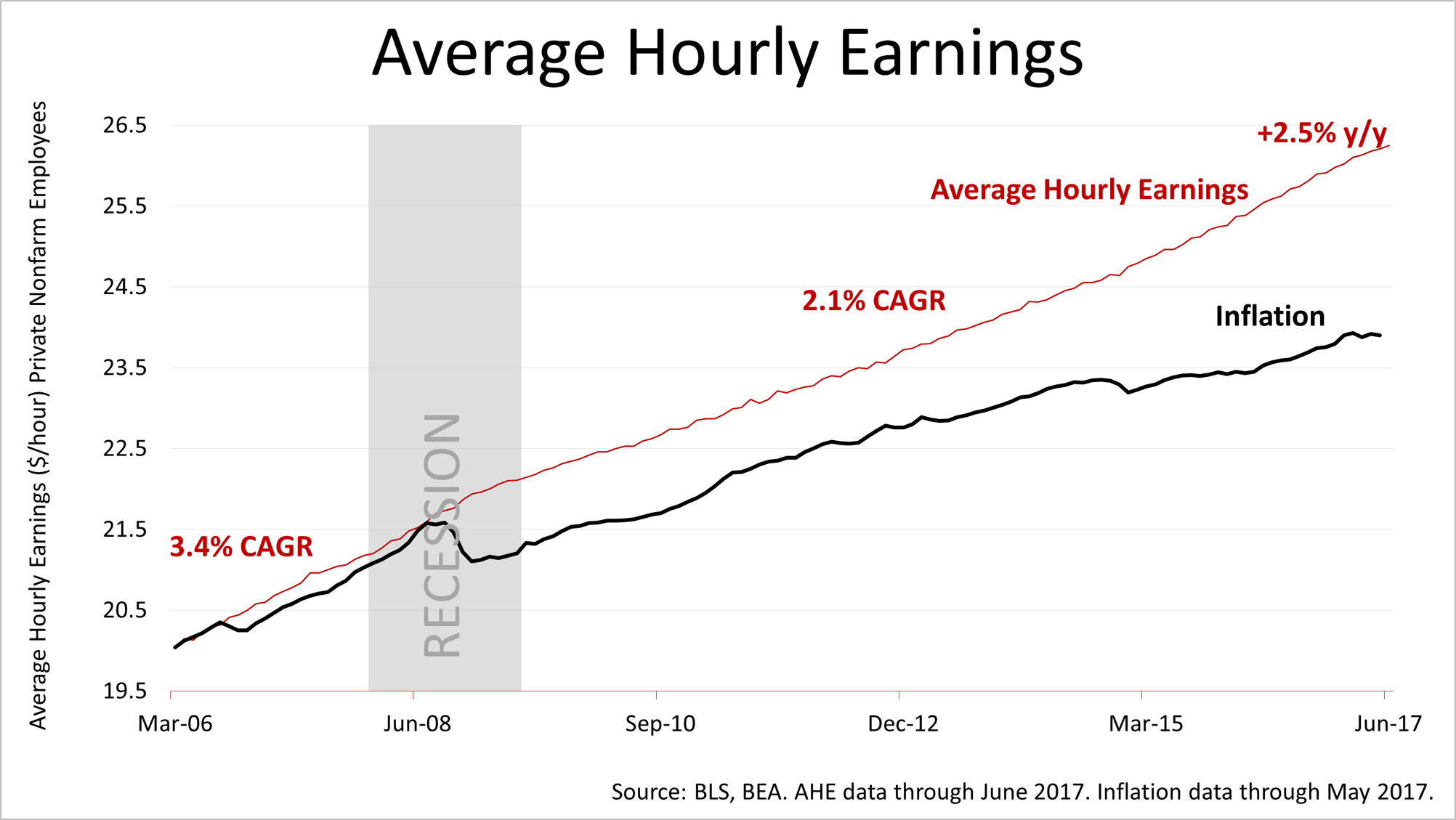 The wage gains figures referenced by CNBC are before inflation.


CNBC reports accurately that average hourly earnings rose just two-tenths of 1% in June and it was a 2.5% gain from a year earlier, but the financial network's coverage concluded incorrectly that wage gains have remained persistently weak because they are not looking at after-inflation figures. 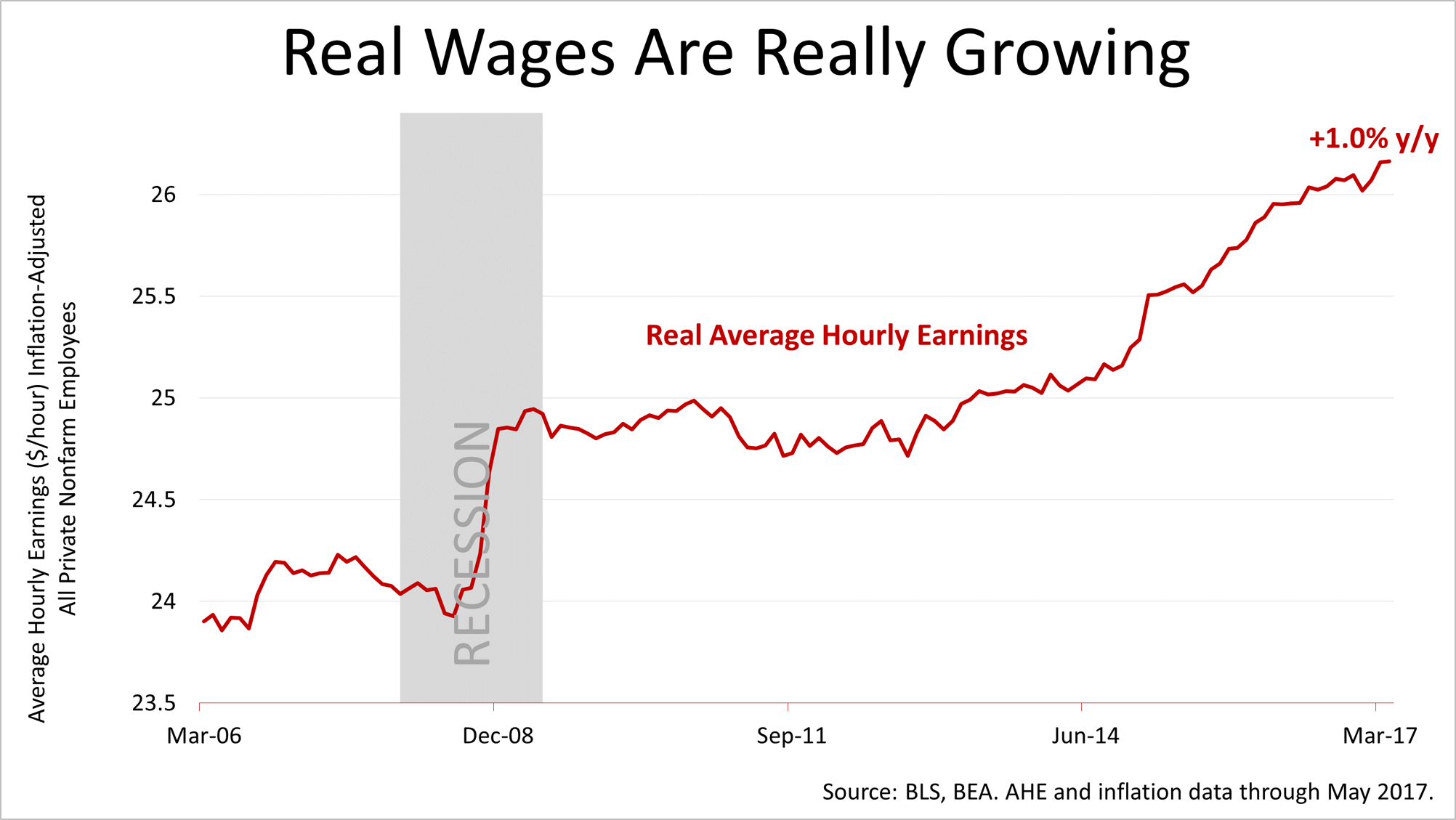 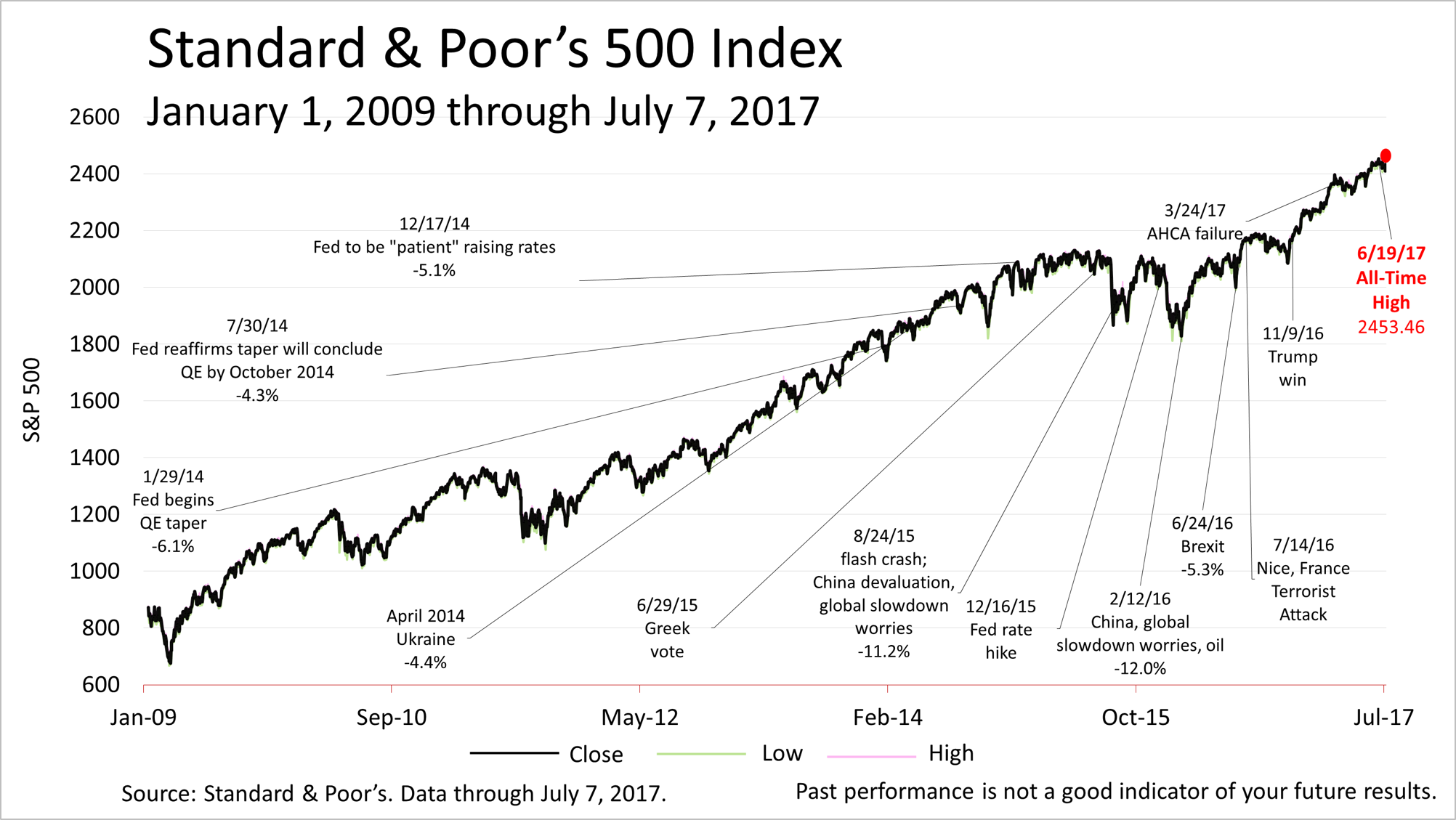 The stock market did not seem to notice that CNBC said that wage gains are a "giant problem."

A change in sentiment or unexpected negative news could trigger a 10% or 15% plunge at any time. However, the outlook for the fundamentals that drive stock prices - including real wages, consumer spending, and inflation - remains bright for the rest of 2017 and 2018. Stocks could continue to rise without any real bad surprises. 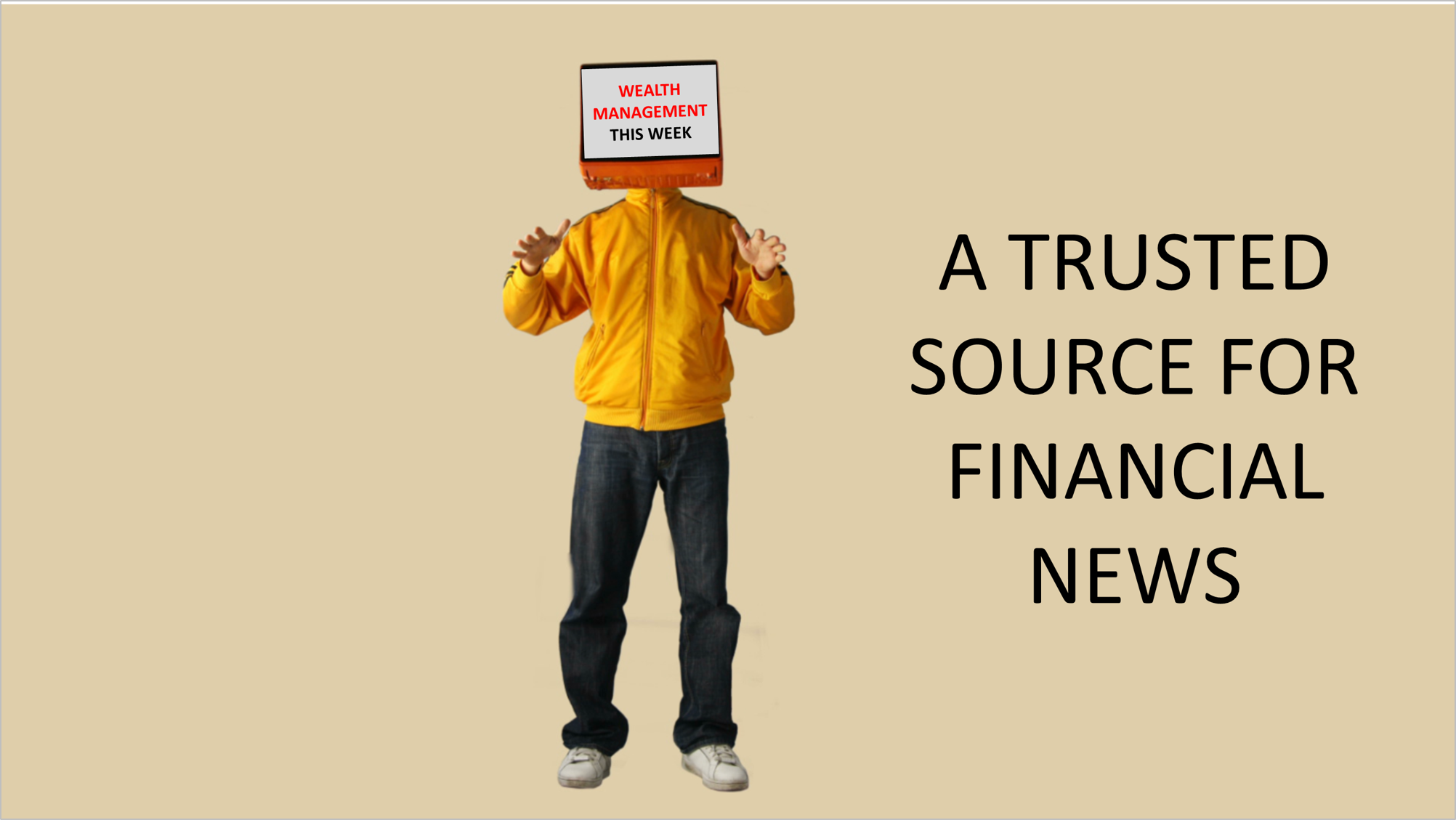 In fairness to CNBC, its mistake in reporting on wage gains is not uncommon in the financial press.


The problem with the financial press is not fake news, it is the lack of knowledge in analyzing complicated matters of finance and economics.


As an independent financial advisory firm, you can trust us for news affecting your wealth, and the Internet now makes it possible for us to keep you informed on your smartphone.

Concurrent with the release of January 2010 data, the CES program began publishing all employee hours and earnings as official BLS series. These series were developed to measure the AHE and AWH of all nonfarm private sector employees and the AWOH of all manufacturing employees. AE hours and earnings were first released as experimental series in April 2007, and included national level estimates at a total private sector level and limited industry detail.

Historically, the CES program has published average hours and earnings series for production employees in the goods-producing industries and for non-supervisory employees in the service-providing industries. These employees account for about 82 percent of total private nonfarm employment. The AE hours and earnings series are more comprehensive in coverage, covering 100 percent of all paid employees in the private sector, thereby providing improved information for analyzing economic trends and for constructing other major economic indicators, including nonfarm productivity and personal income.