Will Rising Bond Yields Be Bad For Stocks? 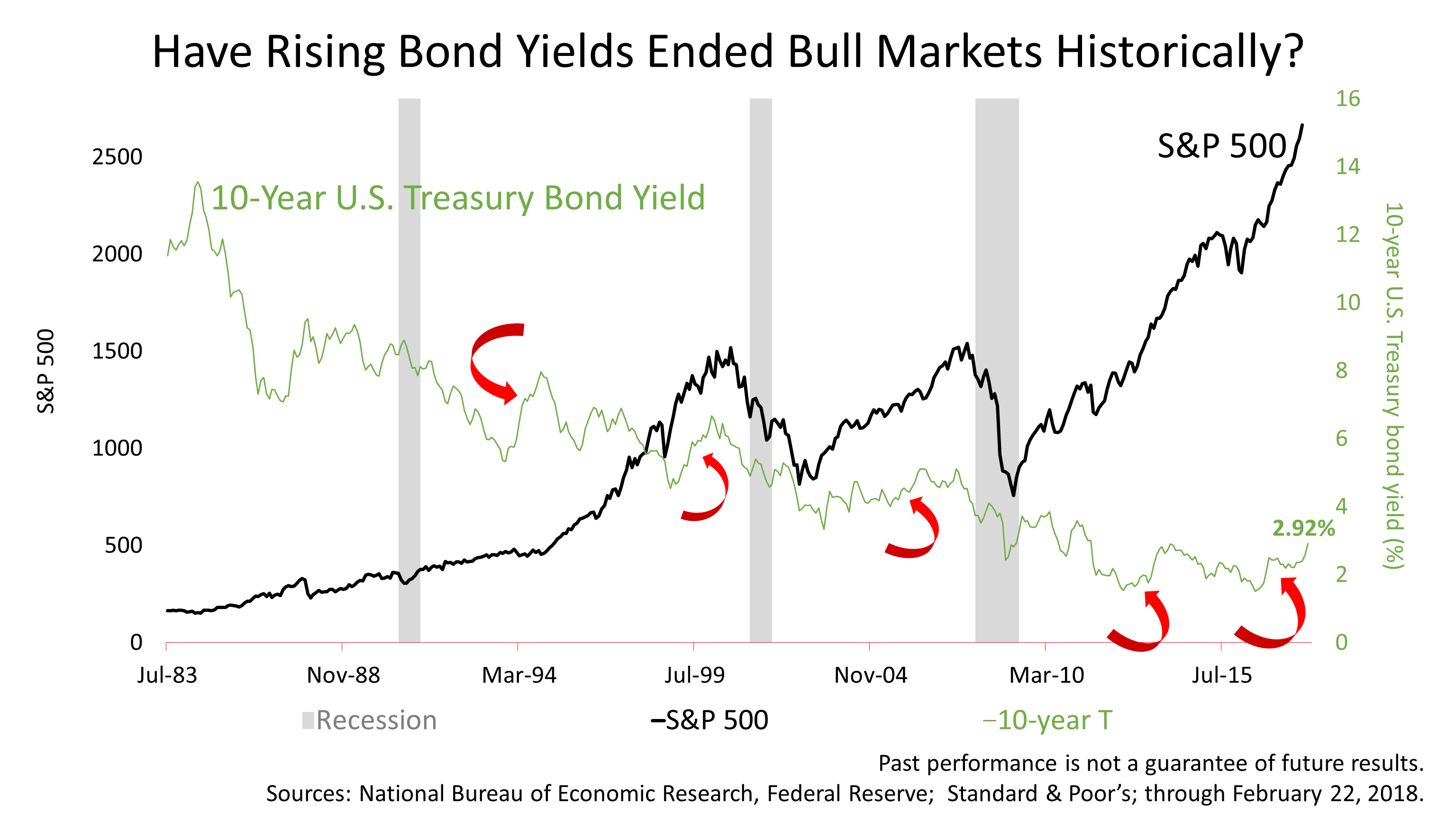 Rising bond yields historically haven't been bad for stocks. While you may see stories in the financial press saying otherwise, the facts show that periods marked by rising bond yields have often coincided with bull markets in stocks.

The red arrows point to five periods since the 1990s when the yield on the 10-year U.S. Treasury bond rose sharply and stock prices also rose. 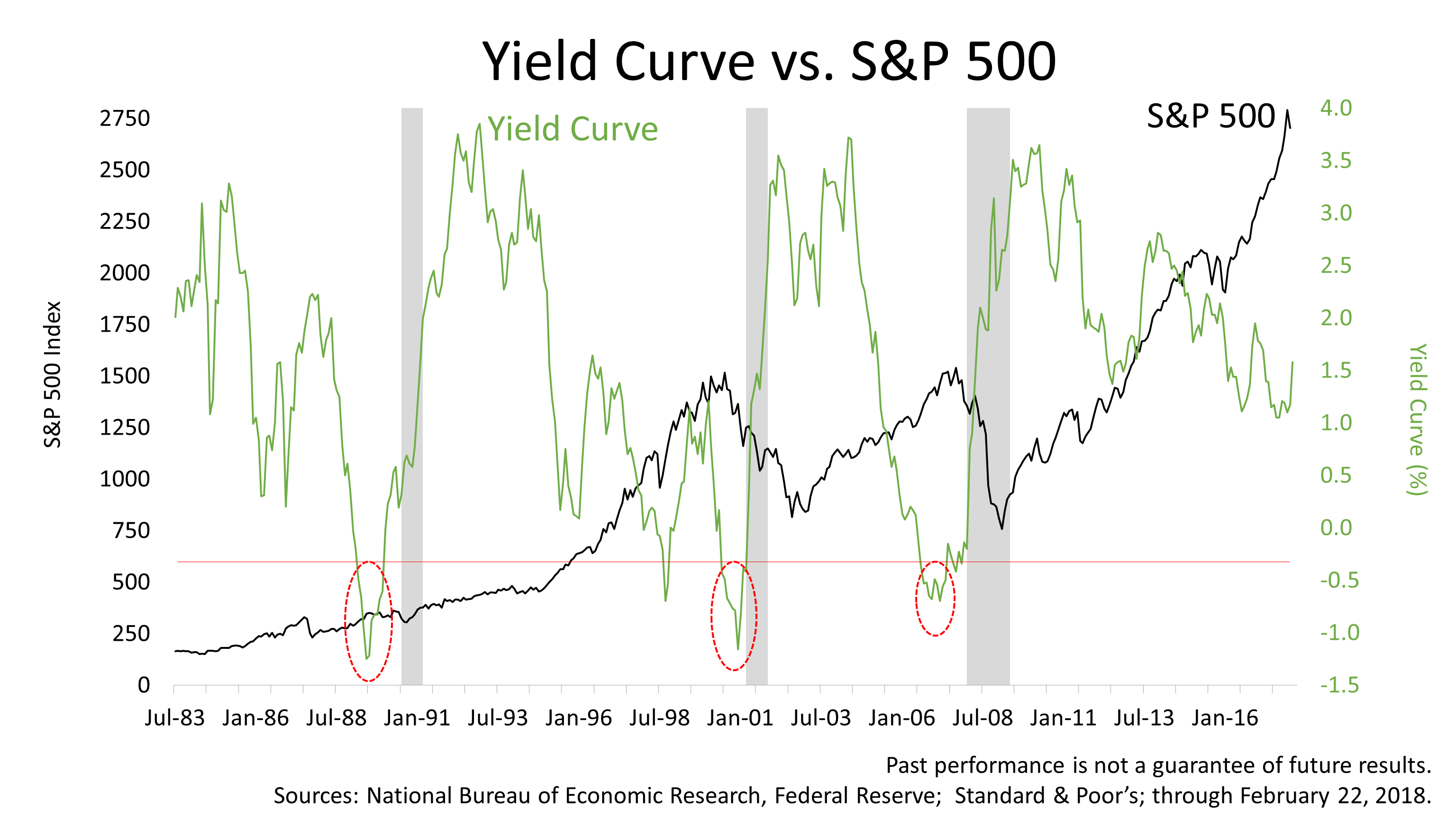 The key to stock prices and yields rising at the same time is the shape of the yield curve. That is the difference between long-term term bond yields and short-term interest rates. A negative yield curve is what has toppled stocks. When short term rates are higher than long-term yields, that is what hurts economic growth. The red circles show how the negative curve preceded the last three recessions. Currently, the yield curve is not near inversion, which is means the economic expansion eight-and-one-half year expansion could continue and the bull market in stocks could continue. 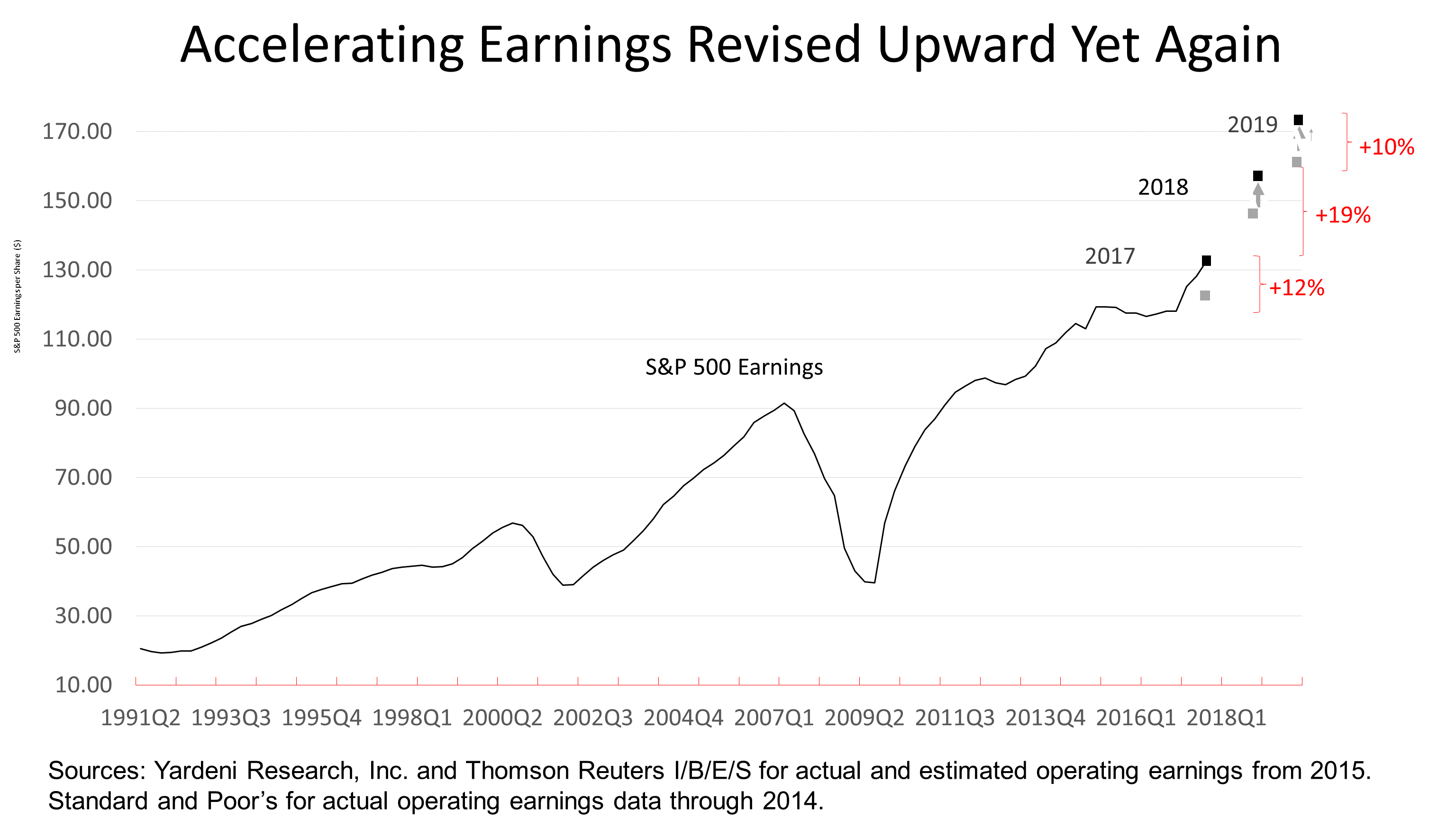 Economic growth is manifested in profits of publicly-held companies and largely determines how stocks are valued.

Profit expectations for the Standard & Poor's 500 companies, the largest U.S. public companies, grew sharply in just the past two weeks, continuing a pattern mentioned in weekly updates repeatedly over the last two months.

Profits at S&P 500 companies historically have grown 7.4% annually over recent decades, and that has propelled stock prices to return an average annually of 7.4%. The expected growth in earnings of 12% when the final tally is done for 2017, is a lot higher than 7.4% -- as is the 19% growth rate in profits expected for 2018 and the 10% rate of growth projected profits for 2019, which is based on consensus earnings forecasts by Wall Street analysts. 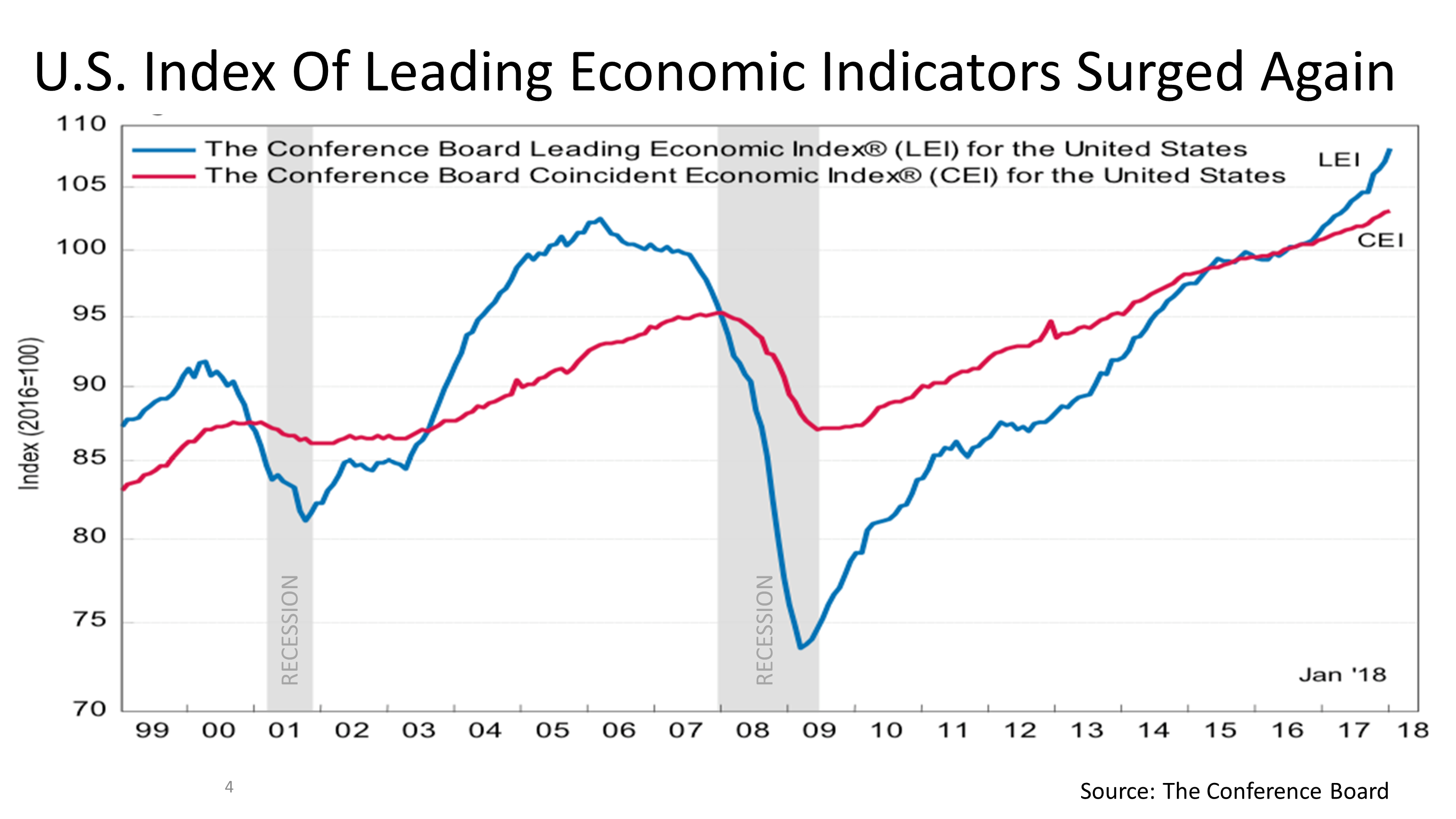 If all this good economic news was not enough, the leading indicators for the U.S., a forward looking composite of 10 economic indexes, were released on Thursday, and they strengthened by 1% in January to 108.1, following a 0.6% increase in December, and a 0.4% increase in November. The LEI is higher than it has been since 1999."The U.S. LEI accelerated further in January and continues to point to robust economic growth in the first half of 2018," according The Conference Board, an association for the nation's largest corporations not prone to hyperbole. "The leading indicators reflect an economy with widespread strengths coming from financial conditions, manufacturing, residential construction, and labor markets." This chart shows how the LEI has definitively rolled over well in advance of the last two recessions. Nothing like that is happening now. The Standard & Poor's 500 closed Friday at 2747.30, which was a 1.6% surge for the day and 0.6% higher than a week earlier.