Not all IRAs are created equal. Some accounts may have better investment options than others do, and the financial companies that hold IRAs may differ in terms of services and fees. So what can you do if you don’t like the choice you made when you set up your account? You’re not legally obligated to keep the assets there. Instead, you could transfer some or all of the money to a different IRA—and if you do it carefully, you won’t owe any tax for making the move.


The rules for making a tax-free “rollover” from one IRA to another are similar to those that apply when you transfer money from a company retirement plan, such as a 401(k) plan, to a traditional IRA. But you don’t have to change jobs or retire to make this switch. As with a rollover from a 401(k), you have a 60-day window for getting funds from one IRA to another. If, within 60 days of receiving a distribution from the old account, you deposit the full amount of the distribution into a new IRA, you won’t be taxed on the transfer. 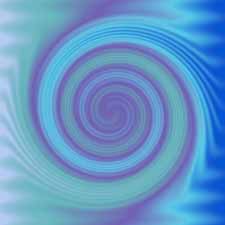 If you don’t complete the rollover in time, however, you’ll be taxed on the full amount of the distribution (minus any portion representing nondeductible IRA contributions), at ordinary income rates as high as 39.6%. Plus, you’ll owe a 10% penalty on the taxable portion of the distribution if you’re under age 59½, unless one of several tax law exceptions applies (for example, if you took the distribution because you’re disabled). And unless you failed to meet the deadline for a reason beyond your control, the IRS is not likely to grant you a waiver.

Keep in mind, too, that if you take a distribution from an IRA, the trustee of that account has to withhold tax on that amount, even if you fully intend to roll it over to another IRA within 60 days. The withholding rate is 10%, compared with the 20% that’s required on rollovers from company retirement plans. You can get the money back when you file your taxes, but if you roll over, say, $100,000, you’ll lose the chance to invest the $10,000 that was withheld until you file your taxes and receive your refund.


A better idea is to arrange a trustee-to-trustee transfer from one IRA to another. That way, there’s no withholding, and you shouldn’t have to worry about the 60-day rule. Your IRA custodian can provide the necessary paperwork.


But there’s another important timing restriction to consider. If you take a distribution from an IRA and roll over the funds to another IRA, you can’t use the rollover technique again for the same IRA for at least one year, unless a special exception applies—for example, if an IRA custodian becomes insolvent. The one-year clock starts ticking on the date of the IRA distribution.


For example, let's say that you currently have two IRAs we'll call IRA-1 and IRA-2. On October 1, 2017, you receive a distribution from IRA-1 and roll over the funds tax-free into a new IRA, called IRA-3. Due to the one-year rule, you can't roll over funds from either IRA-1 or IRA-3 until October 1, 2018. Furthermore, under a recent Tax Court case and subsequent IRA ruling, this restriction applies to IRAs you own, not just the one previously used in a rollover.

Note that the one-year limit on IRA-to-IRA rollovers doesn’t apply to distributions from company plans. Therefore, you can make as many 401(k)-to-IRA rollovers in a year as you want, as long as you are otherwise eligible.

Yet another restriction on IRA-to-IRA rollovers is that the property that you move into a new IRA must be the same as the property you took out of the old one. That means you can’t take a cash distribution from one IRA, use the money to acquire other assets, and then transfer those assets into a new IRA. The IRS will treat such a transfer as a taxable event. 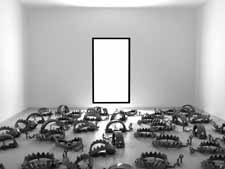 
Although there are other quirks in the law governing IRA transfers, these are the main pitfalls you need to watch out for. If you think it’s time for a switch, we can help you move assets tax-free from one IRA to another.