A Case Study: Retirement Planning In Your Fifties

Vincent and Norma Riccardi both turned age 50 this year, and their midlife crisis has nothing to do with longing for a return of their salad days. Rather, they’re looking ahead—and they’re worried they haven’t saved enough for retirement.


It’s not that they’ve been financially irresponsible. They both earn a decent living, together making $200,000 a year, and they have faithfully contributed to college savings plans that will pay for their children’s higher education. They just haven’t been able to set aside as much for the future as they would have liked. In other words, they’re in the same boat as many other people their age. 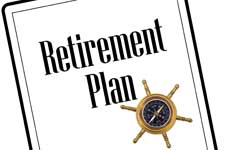 Vincent and Norma have $100,000 in savings in a taxable account, and another $200,000 in tax-deferred retirement plans. They hope to retire at age 65 (15 years from now). According to the online calculator of Money magazine, the couple would have to sock away $75,800 annually from now until retirement to be able to count on 80% of their current yearly income after they stop working, a typical goal for retirees. That’s an annual savings rate of 37.9%—a highly unlikely proposition.

But there are a few ways the Riccardis can improve on that situation. If they continue to do most of their saving in tax-deferred accounts, such as 401(k) plans and IRAs, their money will go further, and their future Social Security benefits will also reduce the amount they have to save. For 2016, 401(k) participants can direct up to $18,000 of salary into their accounts ($24,000 for people over 50), and they can put an additional $5,500 ($6,500 for people over 50) in an IRA (though at the Riccardis’ income level, their IRA contributions won’t be deductible).

For simplicity’s sake, assume that Vincent and Norma remain in a 28% federal income tax bracket and a 6% state income tax bracket for the next 15 years without any other tax complications. They’ve already saved $300,000 in their various accounts, and if together they contribute another $20,000 a year to their 401(k) plans until age 65, and they earn a hypothetical 5% rate annually on all of their investments, they will accumulate a total of $1.53 million (inflation-adjusted to $968,000 based on an annual 3% inflation rate).

Note that the Money calculator assumes investors will turn over 20% of the holdings in taxable accounts every year, generating long- and short-term taxes. It explains that retirement goals will be reached faster if investors trade less and hold tax-efficient mutual funds. 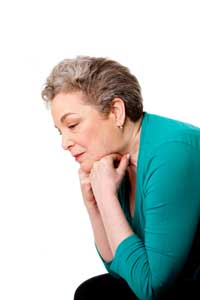 In this case, the Riccardis ought to be able to do better than a $1.53 million nest egg. Suppose they manage to double their annual 401(k) and IRA contributions to $40,000 a year. Assuming that same 5% annual interest rate on all investments, after 15 years, the Riccardis will have amassed $1.96 million (inflation-adjusted to $1.24 million), enabling them to enjoy a more comfortable retirement.


Of course, the returns cited here are for illustrative purposes only and are not indicative of any particular investment or strategy. Any investment includes inherent risks and there is no absolute protection against loss of principal in a declining market.

When it comes to your personal situation, there may be several ways to improve the odds of retiring comfortably.