Welcome to our blog. Here you can find views on the financial world and keep updated on the latest news.
Font size: + –
Subscribe to this blog post
Print 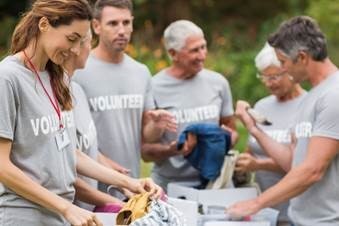 One of the greatest feelings comes from being able to give to others.  You want to make sure that as many dollars of your donation as possible actually reach the people in need that you are trying to help.  A few minutes of research can make sure your donation makes a strong impact.

QUESTIONS TO ASK ABOUT A CHARITY

Is the charity making the most of the money you donate? - While most charities have the greatest of intentions, not all charities are as careful with their operating expenses as one might like.   A rule of thumb is to look for at least 75% of funds to be directed to programs.  A high percentage of giving can be seen at a charity like Donors Choose, a charity that allows individuals to fund specific project requests from teachers in U.S. public schools, which directs 94.7% of all donations directly to the projects.

Does the charity have the right people to support their mission? – Are charity executives being overpaid or is it appropriate for the level of complexity of the organization, managing millions of dollars and a far flung organization with many moving parts?  Executive pay is something to scrutinize relative to how much is being directed to the actual mission.  You may also want to consider how many outside directors the organization has bringing a fresh perspective to issues or if the board is primarily people within the organization.

WHERE TO FIND OUT ABOUT CHARITY WEBSITES

Charity review websites – There are a number of organizations that provide ratings and information on charities, each from a slightly different perspective.  Charity Navigator provides ratings of long standing charities and detailed ratings of financial and management information.  Guidestar  provides information on many charities at a detailed level of financials, management, etc.  Givewell  performs detailed research and analysis of international charities primarily dealing with health and poverty issues, but recommends only 8 charities, rather than rating across many charities.   If you want to do your own research, the Foundation Center provides a search engine that brings you directly to the information that non-profits file, IRS form 990. 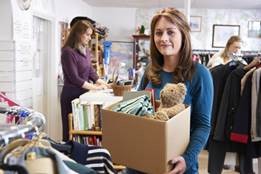 OTHER THINGS TO KNOW BEFORE YOU GIVE

Some Charities are not as easy to research – Churches and their charitable organizations are not required to file a form 990 with the IRS.  Information on their administration and charitable works may be more difficult to get and may take contacting the organization directly.  Some larger organizations such as the Salvation Army often make much of their information available to the public despite being a religious affiliated organization.

Be sure you are giving to the organization you think you are – There are many similar named charities.  At times of natural disaster, unscrupulous charities pop up using similar names to older more established ones, trying to divert your donations away.

Central office vs. Local Affiliate – Central offices of charities are often times different organizations from their local affiliate, managed and rated separately, and of course your donated dollars will go to different aspects of the mission depending on whether you donate to the local chapter or the larger parent organization. 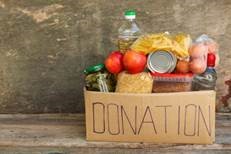 Avoid the impulse buy – Give as much thought to your charitable giving as you do to your other purchase decisions.  Most people would not just buy a TV because they saw an advertisement come across their computer screen.  Just because you get a telephone call or a knock on the door, don’t reflexively give to anyone.  Take the time to research the group to be assured you are making the most of giving to those in need.  The charity will be just as happy with your donation a week from now so take your time.

Helping others feels good to both you and the recipient.

With a few simple steps, you can make sure your donation is working hard for others.

As a Chartered Financial Analyst® charterholder, I provide analysis for our financial plan modeling as well as ongoing analysis of our clients’ portfolios for changes to investment, insurance and retirement needs.  I began my career as an investment analyst and portfolio manager for institutional portfolios.

Tuesday, May 14 2019 Biotech Breakthroughs Are Wreaking Havoc on Retirement Plans – Are You Prepared?
Friday, April 12 2019 In Case of Emergency (ICE) Plan

The Devil Is In The Details